We flew: VL3 Evolution, the ultralight that wants to play with the big boys

This is an old article from our Instagram page. It may reference events, accounts, and/or products that might or might not still be relevant and/or up-to-date. Read with caution.

Last week at the AERO Friedrichshafen I had the chance to do a quick flight review of the @jmb_aircraft VL3 Evolution.

The Evolution is a fast, two-seater, retractable landing gear, all composite aircraft. The one I flew was powered by a Rotax 912 engine but a version with the 915 is also available. All variants feature a ballistic recovery parachute for added safety. There is also a fixed gear version intended for flight schools and training.

Our flight took place on a small grass strip west of Friedrichshafen airport. The weather wasn't very good, it had just stopped raining and the air was a bit turbulent but we still had descent VFR conditions, so off we went!

My first impression when hopping into the aircraft was how roomy the cockpit was for a plane of this size. The Garmin GX3 Touch and Garmin autopilot are also really appreciated and should make longer trips much more enjoyable.

Not your average ultralight cockpit.

Once lined up with the runway, I pushed the throttle forward to add full power. A few seconds later, after a short takeoff roll of about 500 ft, despite the poor runway condition, we were airborne. We stayed over the runway to gain some more airspeed, after which the flaps and gear went up and we started our climb to 3500 ft over Lake Constance. 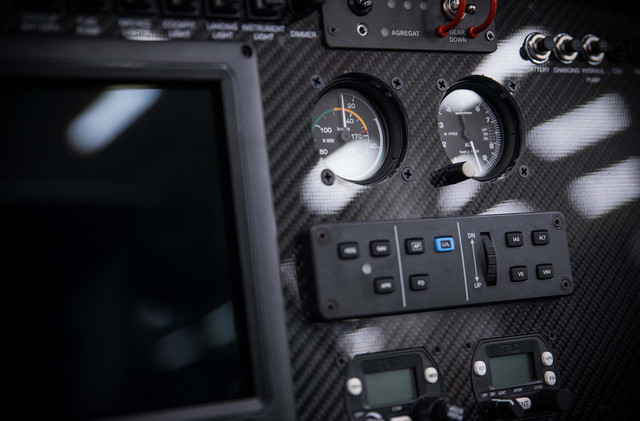 The VL3 can be customized and equipped better than most general aviation aircraft.

The plane felt very responsive, a bit too much at first since I'm used to larger/heavier aircraft, but you quickly get the hang of it and it soon feels like you are flying a sports car.

After a couple of S turns, the demo pilot showed me how the plane performed on a stall. I was impressed with how little inertia it had. After pulling back the throttle and holding our attitude, the airspeed fell very rapidly. Approaching 80 km/h (around 43 knots) without flaps, there was still great responsiveness on the controls. Adding back the power, it only took a couple of seconds to get back to our cruise speed. After a few more maneuvers, we were heading back when we noticed a second VL3 coming back from another demo flight. We joined in and performed a low pass at almost 300 km/h over the runway side by side. So much fun! 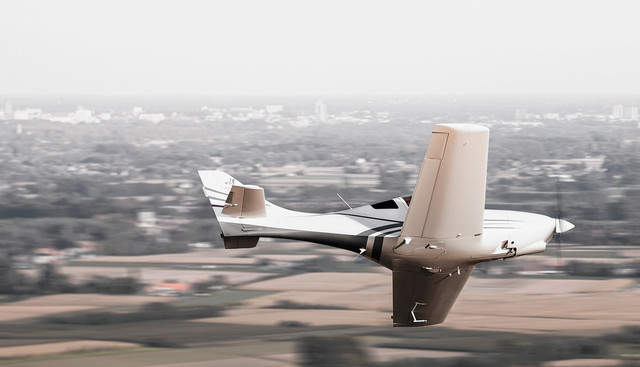 The landing gear covers add to the "big airplane" feel. 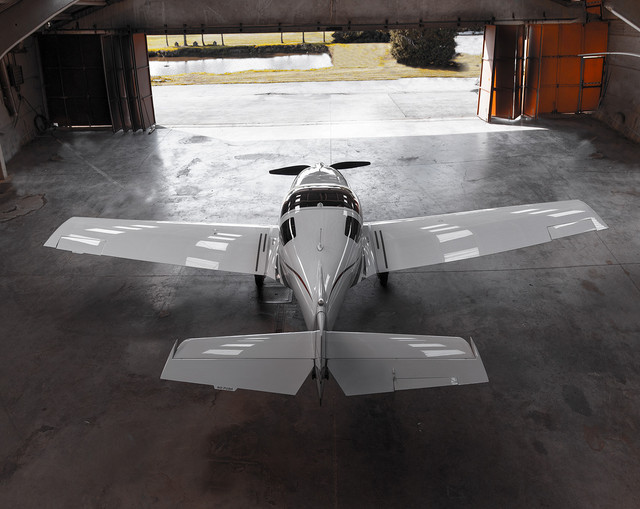 It looks fast just sitting there.

Overall the Evolution is probably not the best cross-country airplane out there, especially if you plan on flying with family or friends. This comes from the fact that it's only a two-seater and has a limited useful load with a MTOW of about 1320 lbs and an empty weight of 795 lbs. But those are some of the drawbacks of being certified as an ultralight in Europe. Besides that, it's still very fun to fly and a great plane to play around with. It's comfortable, fast, and safe, what else could we ask for? Oh, and it's definitely the most well-built and beautiful ultralight you'll find out there!

All the photos in this review are courtesy of JMB aircraft.

Have a story to tell? We are looking for pilots and enthusiasts alike to write for Aviation Things!
Share your story
Back to top arrow_upward